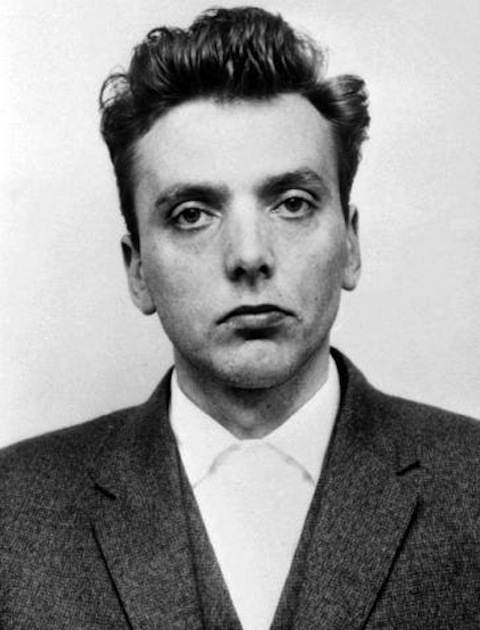 Ian Brady and girlfriend Myra Hindley carried out the notorious Moors Murders between July 1963 and October 1965.
They were jailed for life in 1966 for killing and torturing five children and burying their bodies on Saddleworth Moor. Myra Hindley was given a whole-life tarriff, and died aged 60, in 2002, while Ian Brady, now 77, still rots in a psychiatric hospital.